Kevin Barrett has been surrounded by abstract sculpture and painting his entire life. He comes from a family of artists, including his father, Bill Barrett, who is also a sculptor. His grandfather, Stan Barrett, was a world renowned abstract painter who studied with Fernand Léger, and who founded the Art Department at the University of the South in Sewanee, TN. The works of his father and grandfather have had a lasting influence on the work Barrett creates, as he successfully blends the disciplines of sculpture and painting in his own art.

Kevin Barrett was born in Ann Arbor, Michigan in 1962. Several years later, his family relocated to Westchester, New York, where he spent his formative years. At the age of 14, Barrett’s father taught him how to weld, and he began creating his own sculptures. From these early sculptures, he won a Golden Key Award in the arts.

Barrett received his first commission at the age of 18, in which he created an 8-foot aluminum sculpture that would be displayed in front of Hastings High School in Hastings-on-Hudson, NY. The sculpture, entitled “Upright” (1980), still stands there today.

Barrett studied at the Maryland Institute College of Art, as well as the School of Visual Arts in New York City. Upon completing his studies, he was employed by the Shidoni Foundry in Santa Fe, NM, where he worked in fabrication and bronze casting.

Barrett set up his first studio in Miami, FL, where he worked restoring sculptures by Joan Miró, Louise Nevelson, Willem De Kooning, and Pablo Picasso for a private collector. During this time, he was also creating his own work and showing extensively in the area, in galleries such as the Joy Moos Gallery and the Museum of Contemporary Art North Miami. After eight years in Miami, Barrett returned to New York City, where he maintained a studio in Brooklyn for over twenty years. In 2012, he relocated to Duxbury, MA, where he currently works and resides with his wife and three daughters.

Barrett’s work has been exhibited throughout the United States, Europe, and South America, and can be found in the collections of the Vero Beach Museum, FL, the Interlocken Center for the Arts, MI, the Kruizenga Art Museum at Hope College in Holland, MI,as well as the cities of Coral Springs, FL, and Stamford, CT. His work has also been commissioned by both corporate and private collectors. Considered an expert in his medium, he has independently consulted with and built sculptures for a number of well-known artists in, including Herbert Ferber, Tom Wesselmann, Marjorie Strider, and Allan Houser. His advice and consultation in the creation of metal sculptures continues to be sought after.

Having spent my formative years in NYC, my work carries an urban attitude. Graffiti was everywhere, energizing the city with its animated, movement and youthful voice.

Each form and shape I create is a visual language and a reflection of everyday life referring to our relationships with each other and the world around us. I strive to balance and harmonize the many elements in life that affect each of us as we move through space and time.

I work with industrial materials and adapt some minimalist principals however, my aim is to “humanize” the unyielding material into organic shapes creating a unified ideal and harmonic vision.

Passion inspires me to push the limits of the material making my process part of the piece itself. As a musician hitting the perfect note, I feel a great deal of excitement when a work is successfully resolved and completed and I hope to share this with my audience.

“Kevin Barrett’s formal impulse carries a Neo-Modernist orientation to sculpture. It is an impulse that not only projects a deeply felt expressive content, but also carries a carefully hewn visual language. His shapes are complexly configured in three-dimensional space through the formal application of alternating thrusts and counter-thrusts that function as a means toward rhythmic unity. Barrett’s remarkable capacity to employ diversity within unity, and vice versa, has always been one of the artist’s strengths. This quality is further evident in the painted aluminum wall reliefs. Barrett’s forms reveal an insight into how nature can be transfigured through a deeply-felt aesthetic insight.” 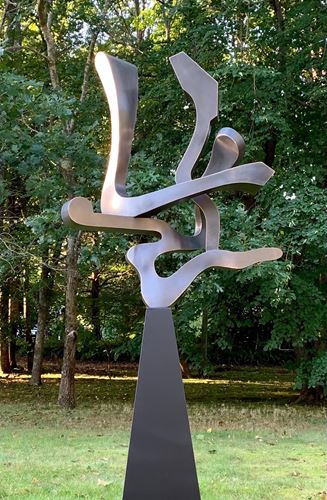 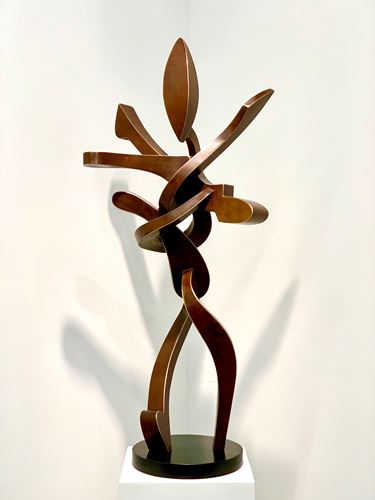 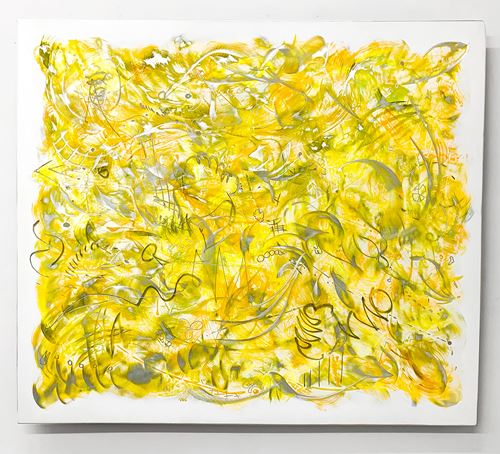 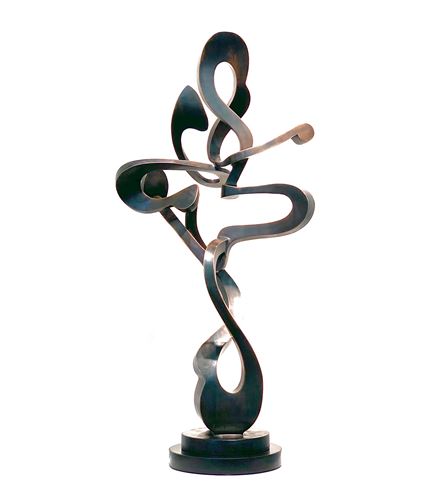 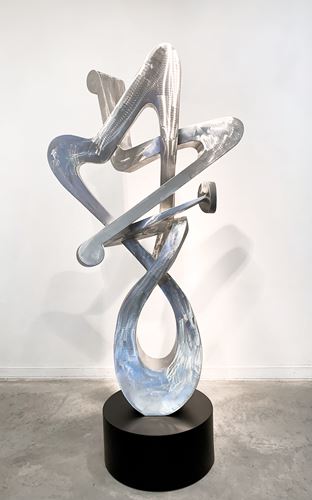 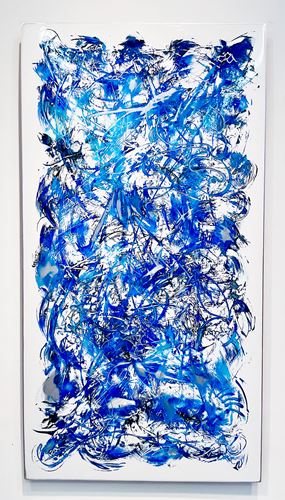