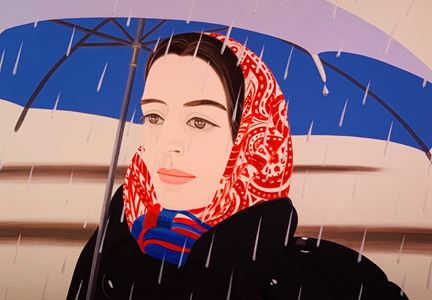 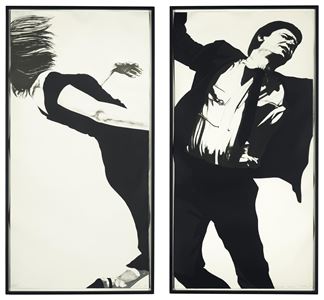 Robert Longo Larry and Joanna (From Men in the Cities)
The Men in the Cities series made Robert Longo famous in the 1980s: larger-than-life drawings of sharply dressed business people writhing in contortion, a sort of death dance of the modern man. Created between 1977 and 1983, it is an early attempt in merging sculpture, drawing, photography, and film. This book presents the photographic source material to the series taken by the artist himself. Using friends such as Cindy Sherman, Brooke Alexander, Glenn Branca, and Larry Gagosian as models, he'd bring them up on the roof of his New York City loft, rig up ropes to them and throw objects at them to make them jerk, fling, and fall--and take their picture. With a foreword by internationally renowned artist Cindy Sherman, a close friend of Longo's, and an interview with Robert Longo, conducted in 1987 by the author and screenwriter Richard Price.