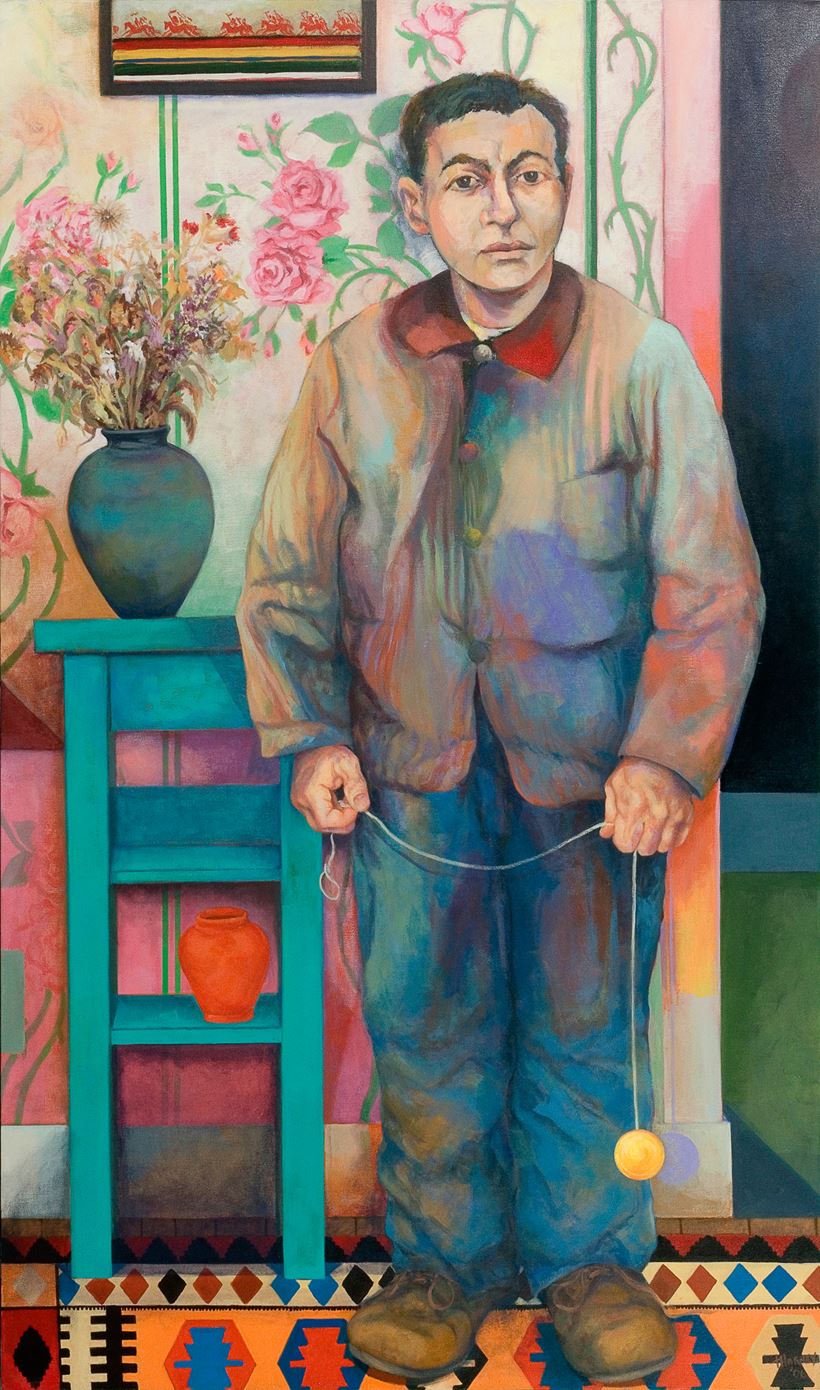 Timothy Harney A Stranger to Himself 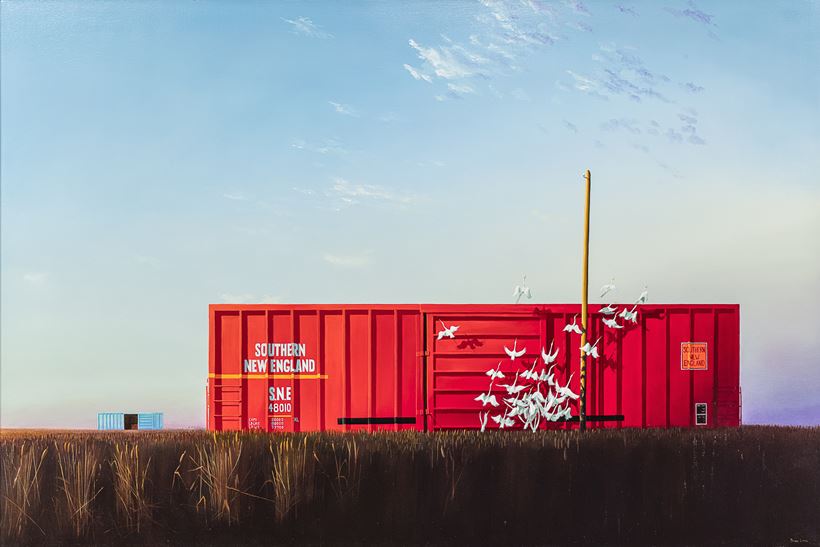 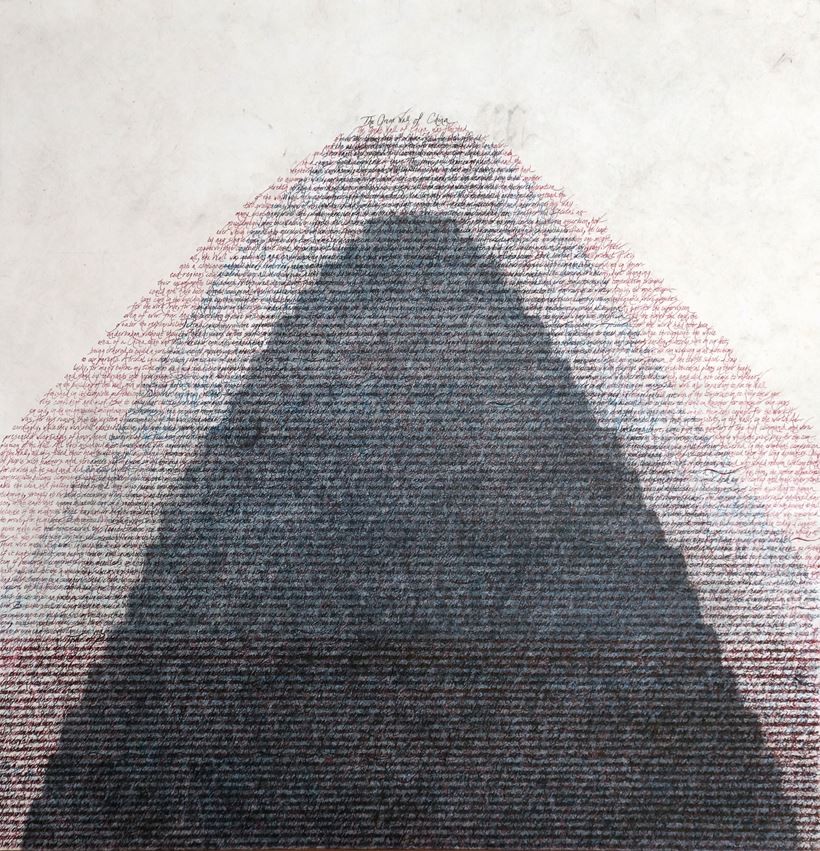 Susan Erony The Great Wall of China
Part of a series of works incorporating autograph transcriptions of texts by Frank Kafka (in English translation). 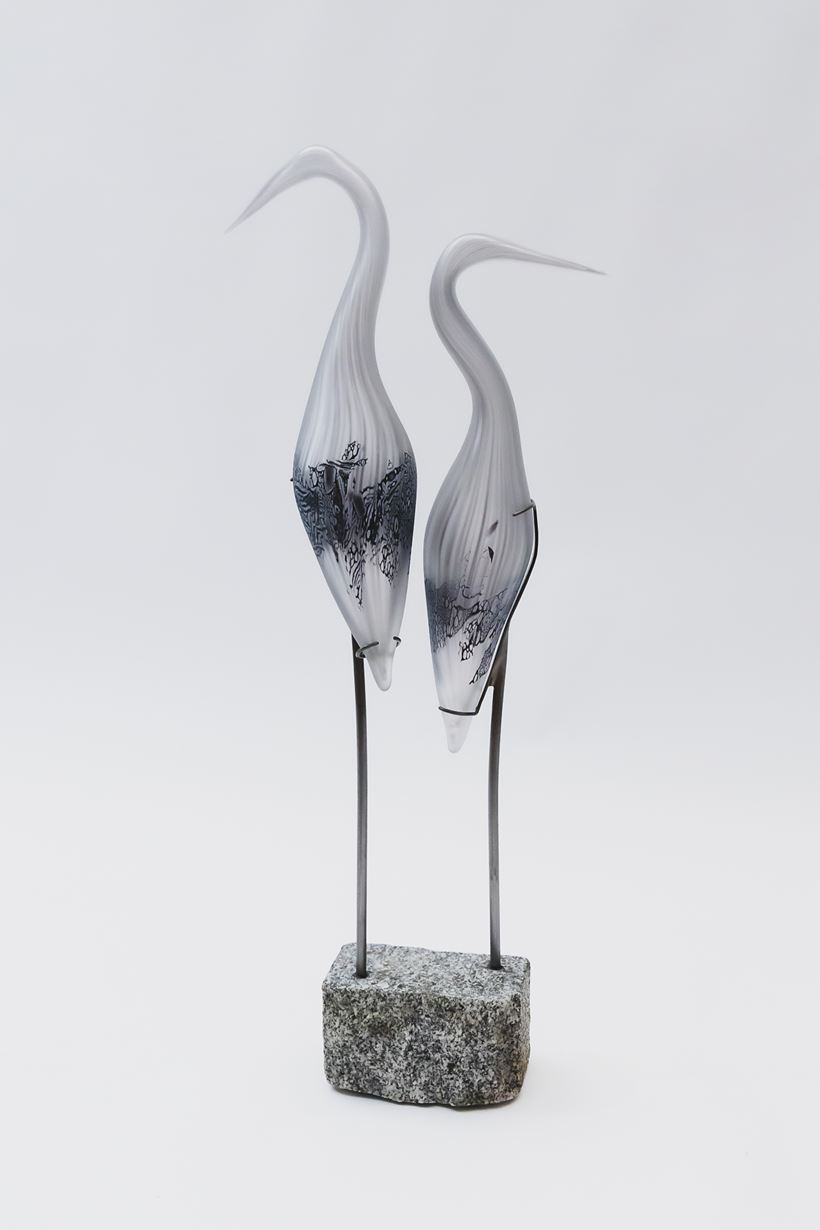 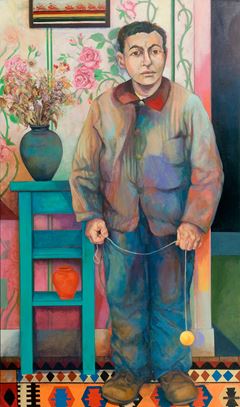 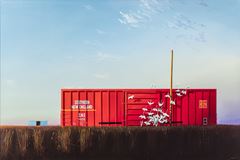 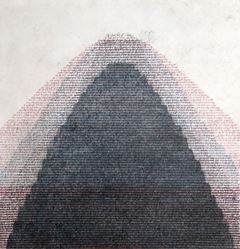 Collection of the Artist

Peter Lyons was born in 1960 in Dunedin, New Zealand, and chose to devote himself to painting as a young man. He emigrated to the United States about 1990 and after a few years in California settled in Massachusetts.

Lyons’s technique approaches photographic realism, but the precision in his paintings is an attempt to communicate a state of awareness, rather than to reproduce a scene. An otherworldly light reveals a moment of harmony among the natural, human, and transcendent orders of being. “Bathed in this elevating light,” says Lyons, “the beauty of the ordinary is released, and the image acts as a lens focusing awareness of wonder, joy, and spiritual anticipation in the viewer.”

In significant respects, Lyons’s paintings both resemble and have the power of mid-19th-century Luminist paintings: beauty is immanent, serenity is palpable, and spiritual fulfillment is imminent. And in other respects, they are unabashedly 21st-century paintings, taking pleasure and finding wonder in color, form, and abstraction.

Collection of the Artist

Susan Erony’s mixed-media paintings engage history and the human condition, bearing witness to the dignity of the oppressed, the dispossessed, and all of us who face sorrow or pain in the course of life. The beauty in her work is a refuge in a troubling world, even as it compels us, within its safe embrace, to remain mindful of the suffering which gives love its importance.

Her abstract paintings and those having general subjects bear strong emotions in their organic textures and make specific engagements with their titles. Other paintings gesture to the universal through the intimate specificity of the subject. Her paintings employ conventional art materials is unexpected ways, and often employ unconventional materials having conceptual significance.

Collection of the artist.

Aron Leaman’s playful glass sculptures have abstracted natural forms, vivid colors, a sophisticated interplay of opacity and translucence, and a signature style of looping and scalloped markings which add texture.

Collection of the artist.