Established in 2000, Sundaram Tagore Gallery is devoted to examining the exchange of ideas between Western and non-Western cultures. We focus on developing exhibitions and hosting not-for-profit events that encourage spiritual, social and aesthetic dialogues. In a world where communication is instant and cultures are colliding and melding as never before, our goal is to provide venues for art that transcend boundaries of all sorts. With alliances across the globe, our interest in cross-cultural exchange extends beyond the visual arts into many other disciplines, including poetry, literature, performance art, film and music.

In 2015, the gallery began a program of partnering with museums and cultural organizations to organize exhibitions that further our mission of intercultural dialogue. Projects include Frontiers Reimagined, an exhibition of global art, produced with the Museo Palazzo Grimani in Venice for the Venice Biennale; the photography exhibition The World We Live In at the Ayala Museum in Manila; and Sebastiao Salgado: The World Through His Eyes at the Bangkok Art and Culture Centre. 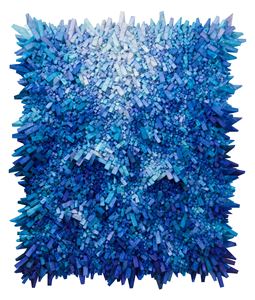 Vasudeo S. Gaitonde (1924–2001) was a 20th century Indian modernist known for his luminous monochromatic paintings imbued with symbolic elements and spiritual allusion. Famously reclusive and deeply philosophic, Gaitonde is often described as one of India’s foremost abstract painters, however, he eschewed such labels, referring to his work as “nonobjective” instead.
Born in Nagpur, Maharashtra, Gaitonde graduated from the Sir J.J. School of Art in 1948 and was briefly linked to avant-garde artist cooperatives, such as the Bombay Group, though he remained largely independent thereafter. His early work focused on figurative paintings and watercolors inspired by Cubism and the work of Swiss-born artist Paul Klee. By the mid-1960’s, Gaitonde began working in a nonrepresentational mode, influenced, in part, by a visit to the studio of abstract expressionist Mark Rothko while he was living in New York City on a Rockefeller Foundation grant (an initiative by John D. Rockefeller III aimed at connecting a select group of Indian artists with the thriving New York art community). That experience, along with his longtime fascination with Zen Buddhism, inspired the artist to develop the signature oil on canvas works he’s known for today.
For Gaitonde, painting was a spiritual undertaking to be carefully thought out and executed over time, which is why he produced only a handful of works each year. His technique was laborious; he would build up paint in thin layers with a roller, then once dried, he would carefully scrape it off in areas using a palette knife. To create abstract forms, he would press torn pieces of newsprint into the wet paint and then lift them away. He added bits of cloth saturated with pigment, leaving them on the canvas for an impasto-like texture. Gaitonde also incorporated subtle visual elements inspired by traditional calligraphy into his expanses of harmonious color, an indefinable—or nonobjective—spiritual vocabulary, which remained central to his work throughout his near fifty-year career.
Though well respected, Gaitonde was little studied during his lifetime, even in India, where abstraction didn’t hold the same relevance as in the West. However, he reached international recognition in 2013, when one of his paintings sold for the highest price ever paid for a modern Indian work. The auction was followed by Painting as Process, Painting as Life, a groundbreaking retrospective at the Guggenheim in 2014.
Gaitonde’s work has been exhibited across the globe, including at the Rubin Museum and the Museum of Modern Art, New York, the Museum of Fine Arts Boston, the Philadelphia Museum of Art, the Singapore Art Museum, the National Museum of Wales, and the Peggy Guggenheim Collection in Venice, among others.
Born in Nagpur, Maharashtra, India in 1924 and died in 2001 | Lived and worked in New Delhi

Chun Kwang Young began his career as a painter. He began to experiment with paper sculpture in the mid-1990s and over time his work has evolved in complexity and scale. The development of his signature technique was sparked by a childhood memory of seeing medicinal herbs wrapped in mulberry paper tied into small packages. Chun’s work subtly merges the techniques, materials, and traditional sentiment of his Korean heritage with the conceptual freedom he experienced during his Western education.

Chun Kwang Young received a Bachelor of Fine Arts degree from Hongik University, Seoul and a Master of Fine Arts
from the Philadelphia College of Art, Pennsylvania. His work is in numerous public collections, including the Rockefeller Foundation and the United Nations, New York; the Woodrow Wilson International Center for Scholars, Washington, D. C.; the Philadelphia Society Building, Pennsylvania; the National Museum of Modern and Contemporary Art, Seoul, and the Seoul Museum of Art; the National Gallery of Australia, Canberra; the Victoria and Albert Museum, London; and the National Museum of Fine Arts, Malta. In 2018, Chun's Aggregations were the subject of a solo show at the Brooklyn Museum in New York.

Chun was named Artist of the Year by the National Museum of Modern and Contemporary Art, Seoul, in 2001 and in 2009
he was awarded the Presidential Prize in the 41st Korean Culture and Art Prize by the Ministry of Culture, Sports and Tourism.

Born 1944 in Hongchun, Korea | Lives in works in Seongnam, Korea