runo Fabbris is a French photographer and artist. After studying drawing and painting in the Paris Art Workshops, he turned to black and white silver photography and made his own prints. From now on, his artistic approach consists of monochrome style of his own, made of black, grey and brown. In collaboration with a designer, Nathalie Rutili, he produces series, with diverted and prototypical materials, that cover and dress silhouettes of often ethnic personalities.
His "KRAFT" series is a new project made of compositions of recovered paper. The bodies are dressed in craft, silk paper and cardboard, inspiring scenes of almost couture elegance. This origami dance fascinates as much as these paper girls, these muses with veiled, revealed bodies, these graphic vegetal and flowery forms in a vaporous, almost heavenly atmosphere. As the work unfolds, our imagination is carried from Asia to Africa, all wrapped in a light fog that light passes through.
"Creating images is something close to breathing, it's vital, I can't do without it. Creating is of the order of the emotional order, it palpitates in your chest when the image appears on the screen, a small discharge immediately warns you that it is the one you expected. " Bruno Fabbris 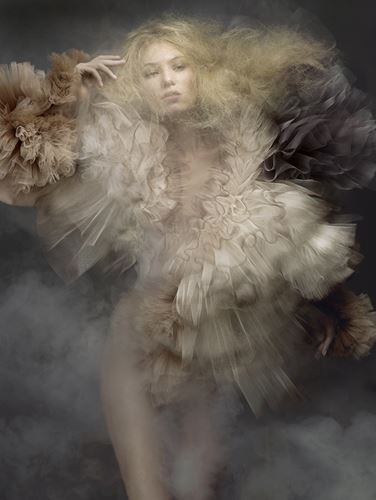 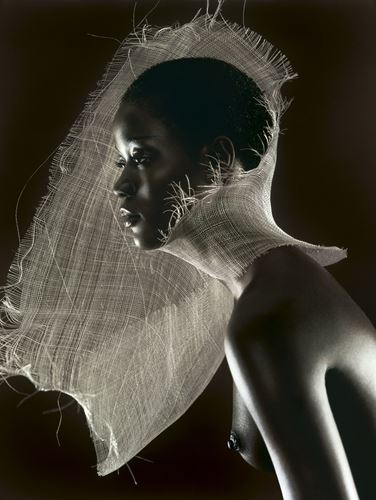