Over four decades Wilde has created works of art that tell stories of our shared humanity, individual dignity, and the imperiled environment. In creating series on such themes, Wilde is a seeker of rarefied moments in which the visual arts transfigure facts, figures, and political rhetoric, making of them universal statements that appeal to the senses, emotion, and logic.

Her approach to each project is painstakingly methodical, starting with research supported by scientific, historical, and literary sources, while relying on symbolism and historical context to inform a complex narrative. Wilde’s technique, incorporates ink, acrylic, gesso, and gold leaf in a combination of both painting and drawing.

Wilde received an Artist in Residency Fellowship, Monte Azul, Costa Rica, 2022. Alexa Rose Foundation Artist Grant, Boise, Idaho 2020. Djerassi Resident Artist program, Woodside California in 2017, and a Joan Mitchell Foundation Grant, New York, New York for painting in 2015. In 2002 she was awarded the Governor’s Award for Artistic Excellence in the Arts and in 1999 a Mayor’s Award for Artistic Excellence from the State of Idaho. She has received three Regional Fellowships from the National Endowment of the Arts. Wilde received a Work Site grant from the National Endowment for the Arts, 1994 to work at the printmaker’s studio in Edinburgh, Scotland.

Her work for the past seven years (Murder of Crows) which is the subject of flock behavior and its continuing prevailing divisiveness. Selected works from this project Stewart Gallery will present 2015-2021, along with chosen works from the (Golden Bee Project) Wilde’s first environmental body of work, 2008-2015. 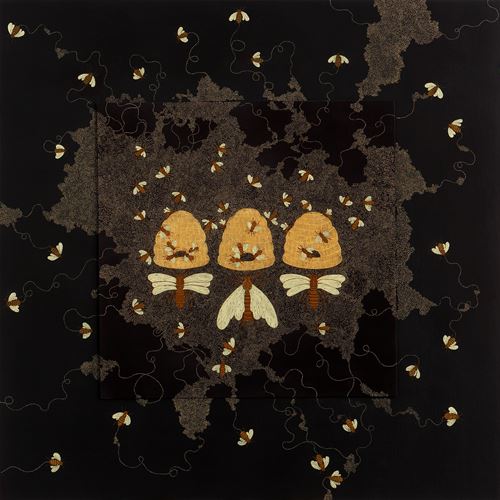 The Bee and Jupiter 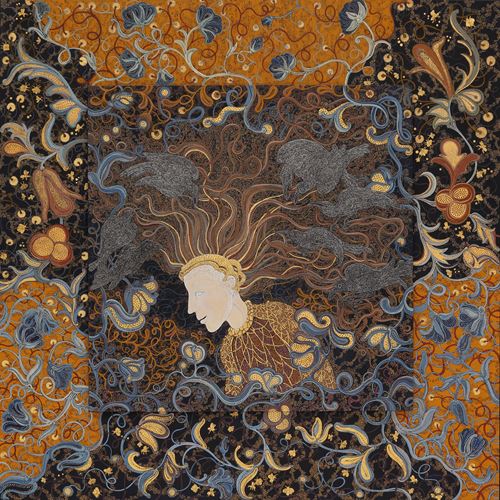