“Considered the Andy Warhol of his generation, Tyler Shields (b. 1982) has produced images that play with notions of the gaze, power structures, hyper-realism, iconoclastic-tendencies and cinematographic practice, but his Mouthful series of works are among his best known” – Sotheby’s

Born in Jacksonville, Florida and now recognized as “Hollywood’s favorite photographer”, L.A. based contemporary artist and filmmaker Tyler Shields’ evolution from the “bad boy of photography” with his controversial blood-stained photographic series featuring Lindsay Lohan to the more subtle color-explosive poesy of his Chromatic series, and his work featuring Francesca Eastwood (Clint’s daughter) to the fire-starting bag-sawing antics of a $100,00 Hermes Birkin Bag, to the stoic magic surrealism of Suspense, a project shot in the New Mexico desert featuring Franseca Eastwood, Emma Roberts and Lydia Hearst, Mr. Shield’s art captures the emergence of an artist and his medium into a more mature overture and output.

Tyler’s output involves various mediums from book publishing “The Dirty Side of Glamour in 2011, to a novel entitled “Smartest Man”, and a cluster of solo shows: Mouthful, Los Angeles (2012), Miller Gallery Cincinnati, Ohio (2012), Phothub Manomtr, Moscow, Russia (2012) and more. Shield’s technical brilliance as a photographer has much more to do with the shift in focus from the fragility of the “celebrity photographer” to the output of the contemporary art medium. Most of the talented people who work with him include actors who are serious about their profession, but are not celebrities. People will go to him to make art rather than celebrity photography.

Tyler Shields, as an artist, attempts to move through the complexes and layers of the “celebrity” sphere, into an inherently tangible vision of the portrait, and its meaning and context in a rather shifting landscape of identities that accumulate into what we call the 21st-century. 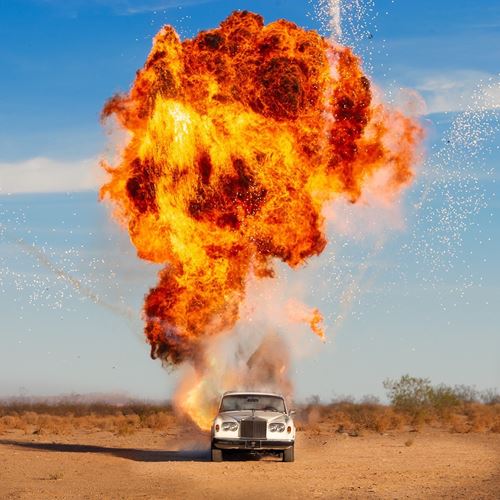