In addition to his career as a self-taught sculptor, Skaarup has written and illustrated numerous books on historical, archaeological, and anatomical subjects.

"My animal sculptures represent a number of characters that have been given man-made and cultural tools and attributes that underline their particular traits – the dignity and supremacy of the majestic lion, the chivalrous nature of the ermine, the speed of the cheetah, the height of the giraffe, and the heavenly aspirations of the ostrich... The sculptures are a celebration of life and nature and its many intriguing shapes and creatures, all placed in peculiar and surreal encounters between nature and culture. The result is a group of bronze sculptures that combines the gracious and exclusive with the communicative, distorted and humorous." 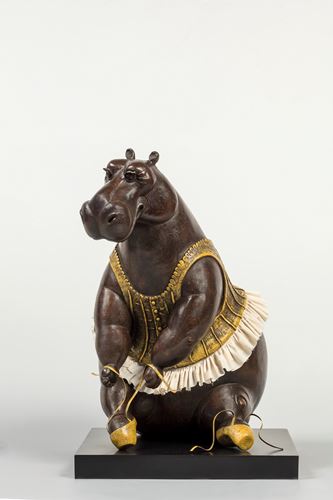