Jules Olitski (Russian – American, 1922 – 2007) was a Colour Field painter once heralded by Clement Greenberg as “the greatest painter” alive. He is known for his works which focus on the interaction of the surface and colour. He was a pioneer for using an industrial spray gun to create paintings with layers of different colours, changing the hue in a subtle progression to create ethereal works. His works ranged from the early spray paintings in the 1960s as exemplified in such as in Marcus Flight, Facer, and Sunset to the thick impasto surfaces of the 1970s and beyond. Works such as God Wisdom or Mind’s Quote incorporates both, the spray over a lined surfaced of impasto. 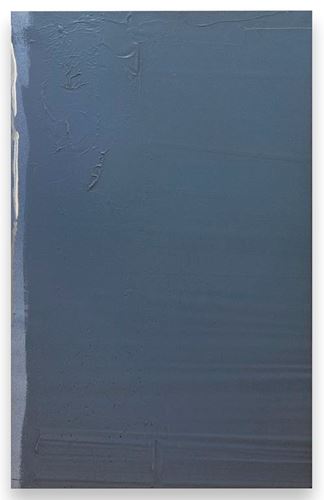